It’s been a few years since several electric saloons started getting rave reviews – notably, of course, the Tesla range.

Not only were they generating good performance figures but things such as their range and re-charge times seemed to indicate that they were practical. So, no longer did someone have to think about making a 500 kilometre journey in several stages and over several days, to allow for re-charging or battery swaps. Go back say 5 years and everybody was predicting that by now, we’d all be deafened by the silence of our roads as everything changed to a quiet hum. The odd combustion-engine car would be looked at with disgust or sympathy and we’d all have clean air around us as a benefit too.

However, it hasn’t happened. Why is that?

Some of the most admired electric cars and those which often, in range and performance terms, are the most appealing, remain highly expensive.

Some models retail at around $US100k. Even for major businesses and prestigious limousine hire companies, these are prices that will cause anyone to blink when reading those ads.

True, there are more modest cars around too. That’s great news but then things start getting complicated in terms of battery ‘issues’ (leased, owned, life expectancy, swap-over periods) and so on. Some commentators have observed that a doctorate in mathematics is required to try and work out just how much the ‘bottom line’ is and when you get there, suddenly that smaller car isn’t looking quite as ‘small’ in price terms.

For much of the mass market, performance is a secondary issue. Yes, you can drool over the Tesla-S and other such prestigious marques that can reach 60mph before you’ve even got into the car but in reality, such performance is entirely irrelevant in most driving environments which are urban or sub-urban.

Joe public might enthuse over the performance figures of a Ferrari but that doesn’t mean they’re going (or be able) to buy one.

What the typical purchaser wants to know in electric car performance terms is:

Now surprisingly, although these questions aren’t exactly rocket science, firm figures aren’t easy to come by when looking at many electric car ads. When you do see them, things start to sound an awful lot like the ‘old days’ for electric vehicles.

Whole tables of data start to appear. For example, figures which say the range of a car before recharge is 250 miles/ 400kms might not sound too impressive. They certainly sound a loss less impressive again (bordering scary) when little caveats are attached saying things like “may be less in winter“. Many ordinary buyers will want to leave home in bad weather knowing they’ll get there – not departing on a “let’s wait and see what happens” basis.

Far too many of the figures for electric vehicles are fluid bordering ethereal and there are just too many qualifiers. Another example is recharge times, which often cite a multiplicity of options depending upon what your power source is. Some seem reasonable at say 3 hours but then you realise you don’t know what the special recharger referred to is. Others sound comically unrealistic such as “21 hours out of a normal plug socket“.

Try explaining to your boss that you’ll be late tomorrow because your car will be charging!

A final observation relating to inhibitors in mass electric car take-up is that some of the advertising web sites are near incomprehensible.

The typical new car mass-market buyer wants to see clear options that state “Model X = $”. Sure, we all understand that some things are configurable such as engine size, colour scheme and so on – plus they will all have price implications.

What people probably don’t want to think though is that when they go along to their showroom that they’ll need to take a QC, Engineer, Statistician and Accountant with them in order to interpret all the various options surrounding batteries, performance variables, re-charge rates and so on.

Until such time as electric vehicles become cheaper, the advertising and pricing easier to understand and above all, their re-charge rates improve, take up of them is likely to be limited to niche market segments. 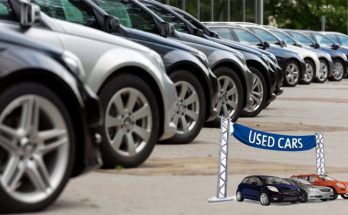 The Most Common Repair Needs of 5 Popular Automakers

Biodiesel: A Modern Alternative to Diesel